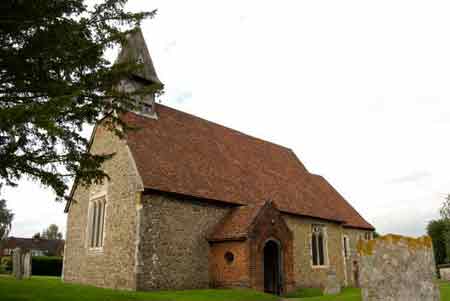 When we step into Saint Leonard‘s, we take a giant step back in time. It is almost a 1000 years since Saxon and later, Norman masons were creating the sturdy village church in which we are standing. Subsequent centuries may have left their different marks but the church is essentially unchanged. Indeed if those masons could return, they would instantly recognize their handiwork as would the villagers who witnessed the church's consecration all those centuries ago. The subdued tones of the Medieval wall painting may provide but a hint of the vibrant colours that originally adorned the interior but the basic structure of rectangular nave and apsidal chancel remains - uncluttered and unimproved by well-meaning but over enthusiastic Victorian restorers.

Interior in the Early 19th Century 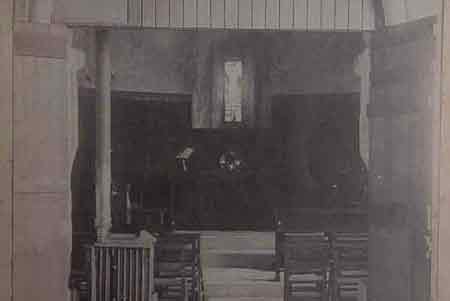 If we could step inside the church in the first half of the 19th century, its appearance would be very different from todays. The nave was furnished with relatively tall box pews, there was a 3-decker pulpit, an elaborate baroque decorative scheme on the chancel arch and a minstrel’s gallery at the West end.

All this was to disappear during the period, 1855-1875. By the mid 19th century the centre of the village of Bengeo had moved away from St Leonard’s church and the building itself had become too small for the congregation. The Rev Charles Deedes, the new rector, had moved out of the medieval priest’s house into a brand new rectory. 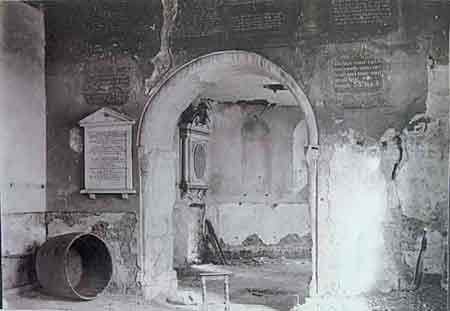 A new church was needed, and Holy Trinity church was opened in 1855. St. Leonard’s future immediately became uncertain. Fortunately, it was not demolished, although it was stripped of most of its fittings and more or less abandoned. The church rapidly became neglected and in 1876, Cussans wrote in his History of Hertfordshire, “The interior fittings are completely swept away, nothing but the monuments remaining.” 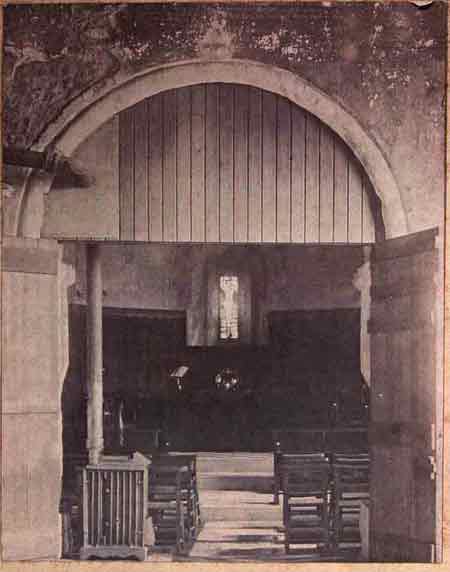 At the instigation of the Gosselin family of Bengeo Hall, a sensitive restoration of the building was carried out during the years 1884 – 1894. The Chancel roof and the stained glass in the east window date from this period.

The quality of work undertaken during the restoration programme was of the highest order as can be seen in the beautiful oak chancel roof but ambitious plans for pews in the nave and choir and clergy stalls in the chancel were never realised owing to shortage of funds. Indeed it was only in 1938 that the nave could be used for services.

At the time of the Domesday Book in 1086, the living of Bengeo was the property of a Norman baron, Hugh de Belcamp. However, within a few years the lands and then the patronage passed to the Priory of Saint Saviour’s in Bermondsey which was situated approximately half a mile to the South of the Tower of London on the South Bank. Here it was to remain until the Abbey -as it had become- was dissolved by Henry VIII in 1537. 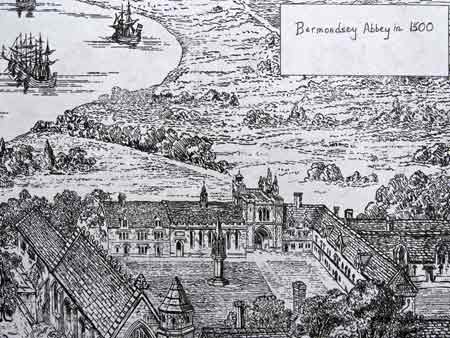 Bermondsey Priory was one of the wealthiest and most splendid abbeys near London and like Noblat was a site of pilgrimage. It was a daughter house of the Benedictine Abbey of Cluny in Burgundy, an order that was so successful that for a while there were 10,000 Cluniac monks living in 1000 centres throughout Western Europe. The order were renowned patrons of the arts and the link may well explain the high quality of the wall painting in our modest church.

Let us begin our tour of the parish with Saint Leonard’s.